On Wednesday year 1, 2 and 3 visited West Stow Saxon Village for the day. This linked in to our KS1 topic of homes and houses and our KS2 topic of Anglo-Saxons. We had a brilliant day in the museum looking at genuine historical artefacts and in the village looking at Anglo-Saxon houses. We even got to meet an Anglo-Saxon man who explained to us about what it was like to live in an Anglo-Saxon home.

Great home learning from Congo and Yangtze classes; they have represented The Cross in so many different ways. We have been thinking, ‘Is The Cross a symbol of love or sacrifice?’  Many thanks to parents and carers who have helped the children with their inspiring work. 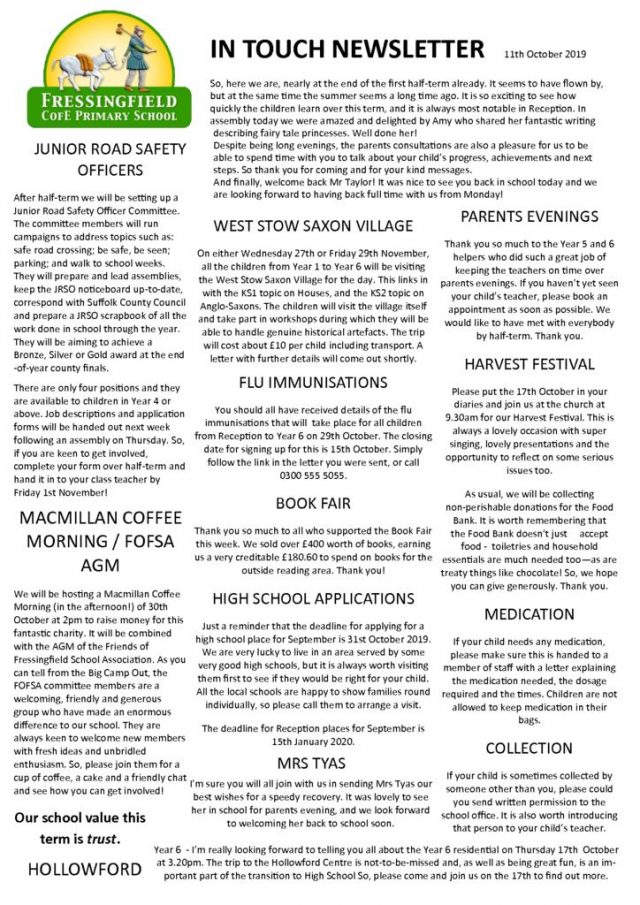 Congratulations to the new School Councillors you have voted for!  They are Reuben, Jasmine, Maisie, Finn, Martha, Callum, Thomas, Ruby, Oscar, Matilda, Lillie-Mae and Hugh. We heard all sorts of great ideas from you, to make our school even better. It’s going to be very exciting, working with you all this year!

We now have winners of our inaugural (first) Inter-House Maths Challenge!  It is Cygnus (Blue) House!

Four children from each class went through to the Grand Final, each representing their House. Each contestant had a round of mental maths, then a timed round, to write as many answers as they could!  The whole school was in the hall to support them, so no pressure!

Daisy, one of the finalists said, ‘I felt a little bit nervous at the start. Then I was happy.‘

Korbyn, another finalist said, ‘The best bit was when we were actually doing the maths!‘ 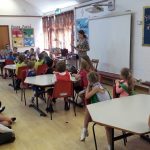 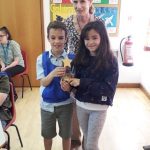 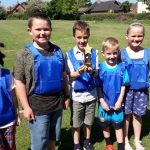 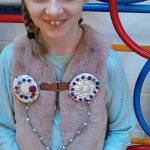 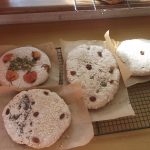 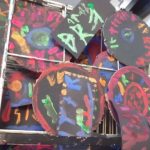 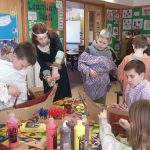 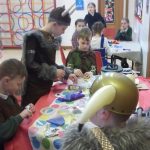 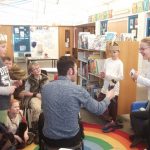 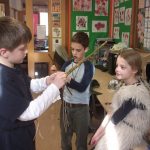 Many thanks to all children and adults who attended our after-school workshop on healthier lifestyles.  We had some very positive comments from many people, and children all said they enjoyed themselves.  From sampling vegan food, and challenging each other in a fitness circuit, to guessing how much sugar in drinks and chatting with a local author about her book on positive attitudes, everybody had a great time.  You now have no excuse to get more active and enjoy life more! 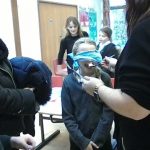 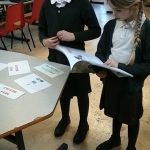 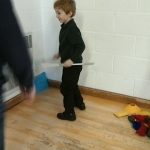 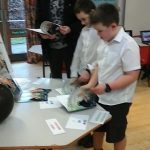 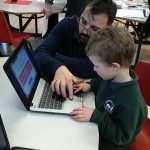 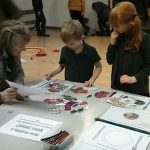 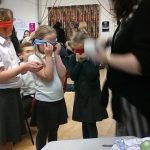